How is it that time seems to fly by yet certain events seem to have occurred so long ago? I’m sure some of you may have already forgotten that 2019 began with the longest government shutdown in US History, lasting from December 22, 2018, to January 25, 2019.

Who would have known at that time that in 2019 the Dow would hit two milestones and set 22 record closes. On July 3rd, the Dow hit a new high when it was announced that trade negotiations would resume with China thereby averting additional tariffs. It would further respond with new highs throughout the latter part of 2019 even though trade negotiations with China had broken down until November. Lastly, the Dow hit a milestone on July 11th, closing above 27,000, and then another on November 15th — closing above 28,000.

In 2019 we witnessed constricted growth in home sales due to what some described as buyer exhaustion brought on dwindling inventory. Continued low mortgage rates and diminishing inventory put upward pressure on home prices so much so that some mostly larger, overheated markets struggled to sustain price growth. Thanks to lower mortgage rates, purchasing a home was more attractive than renting in many markets, yet gaps remained in what buyers wanted and what was for sale. Nationally, buyers regularly sought out homes that were priced 9% below the nation’s median price of $315,000. Housing demand in suburbs and beyond outpaced demand in urban areas allowing inventory in the denser urban areas to accumulate faster than in less dense neighborhoods. In 2019, Millennial’s made their presence known by stepping up their appetite for homeownership to the tune of making up 46% of the primary home loan originations by the end of Q3 2019.

As we look ahead into 2020, forecasting mortgage rates is always a challenge and the further out you go the greater the margin for error. While the political landscape, unrest in the Middle East, and other unknown events could cause a sudden shift, the broad view of the coming year is one that suggests flat to only slightly higher rates in 2020. With an optimistic outlook for improving global economic conditions, many believe that mortgage rates may creep their way back to 4% with a much smaller number of economists believing that 4.375% is obtainable. 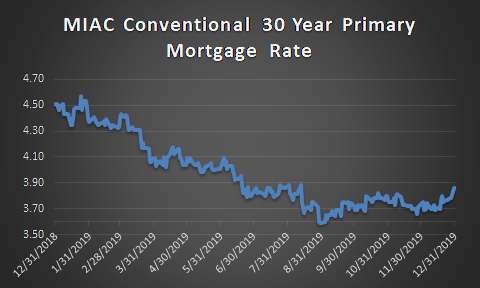 Looking ahead, while it’s unlikely there will be any tectonic shifts in rates or the regulatory environment that we all live by, by virtue of the Consumer Financial Protection Bureau’s plan to extend the Fannie Mae and Freddie Mac carve-out for the qualified mortgage rule, clearly some of the rules governed by Dodd-Frank are at least getting a superficial look. The CFPB seeks to replace the QM rule that would replace the 43% debt-to-income threshold with a to-be-announced alternative that will include a “seasoning” framework. Originally scheduled to expire in January 2021, the announcement will extend the QM patch until the effective date of the proposed alternative “or” until Fannie and Freddie are released from conservatorship. The Qualified Mortgage (QM) “patch” that allows Fannie Mae and Freddie Mac to “temporarily” purchase loans with Debt-to-Income ratios above 43% has been a concern for many including those that point to the “patch” as one of the many reasons for a decline in affordable housing vis-à-vis allowing more first-time homebuyers the opportunity to buy. Before issuing final judgment on the appropriateness of the recent announcement, consider this. While true that 3.3 million Fannie and Freddie loans with DTI’s above 43% were originated over the last few years, it is highly likely that many would have been made regardless of the QM patch but with Ginnie Mae or the emerging non-QM market and at rates and fees reflective of their non-QM status.

Conventional 30-year agency prepayments in December came in at a 17% CPR which is unchanged from November. Continuing with our Year-in-Review update, prepayments in 2019 matched the peak speeds from 2016 when interest rates declined following the Brexit vote. This is true even though the refinance incentives in 2016 were greater than those in 2019. Not only were mortgage rates slightly lower in 2016, but the average interest rates of outstanding borrowers in 2016 were higher than the average rate of borrowers coming into 2019. While accelerated prepayments in 2019 would not be possible without lower rates, the fact that 2019 prepayments were on par with 2016 despite having lesser incentive may be partly blamed on the continued growth of non-bank servicers who in most instances are monoline operations dependent on fewer sources of revenue including the gain on sale margin derived from an aggressive emphasis on recapture.

As referenced by Goldman Sachs, Ginnie Mae prepayment ramps remain a challenge for MBS investors with 8-10 WALA GN II pools prepaying close to 80 CPR in December. While the prepayment ramps for Ginnie Mae collateral are steep, speeds on post-ramp pools appear to be relatively moderate, only 2-5 CPR faster than comparable conventional MBS cohorts.

As referenced last month, early indications already point to a substantial increase in January brokerage activity. New budgets and the desire to start the year cash-rich seem to be the primary driver causing multiple sellers to pull the trigger on selling some or their MSRs. “Strike while the iron is hot” is the driving motivation particularly for those that believe rates will remain flat for the remainder of 2020.

“Large” transactions, which we define as deals containing $1 – $5+ billion in unpaid principal balance, continue to validate our very granular GSA prices. As for smaller offerings, the price/multiple spreads initially tightened, but depending on the trade and amount of buy-side interest is now showing some signs of widening. This is largely due to the previously referenced differences in the amount of recapture benefit being included in a buyer’s offering price. We have witnessed trades where the value attributed to recapture is zero bps, and others when the spread has been 12 bps (and a lot in between).

The smallest packages, categorized as $300 million or less in unpaid principal balance, are trading but at prices that “on average” range anywhere from 10 – 20 bps lower than the bid prices obtained on larger offerings. In addition to the increased economies of scale afforded by larger MSR trades, acquisition costs are one of the reasons that smaller deals can trade at a discount to larger offerings. The legal and due diligence costs that a buyer typically incurs to acquire a portfolio, can influence how a firm might bid on a smaller trade. Even so, it is the smaller trades that can often create the largest margins. And in a quest for margin, increasingly we see larger buyers bidding on smaller offerings but usually with a more rigid approach to price and term negotiations.

Regardless of size, not all bids are as they might appear on the surface. Differences in prepay protection periods, non-reimbursable advances, non-payment for assets that are 60+ days delinquent, fee deductions for seriously delinquent MSRs, loan kicks, seller non-solicitation requirements, and possible set-up fees are just a few of the pitfalls that can quickly affect a seller’s net execution price. 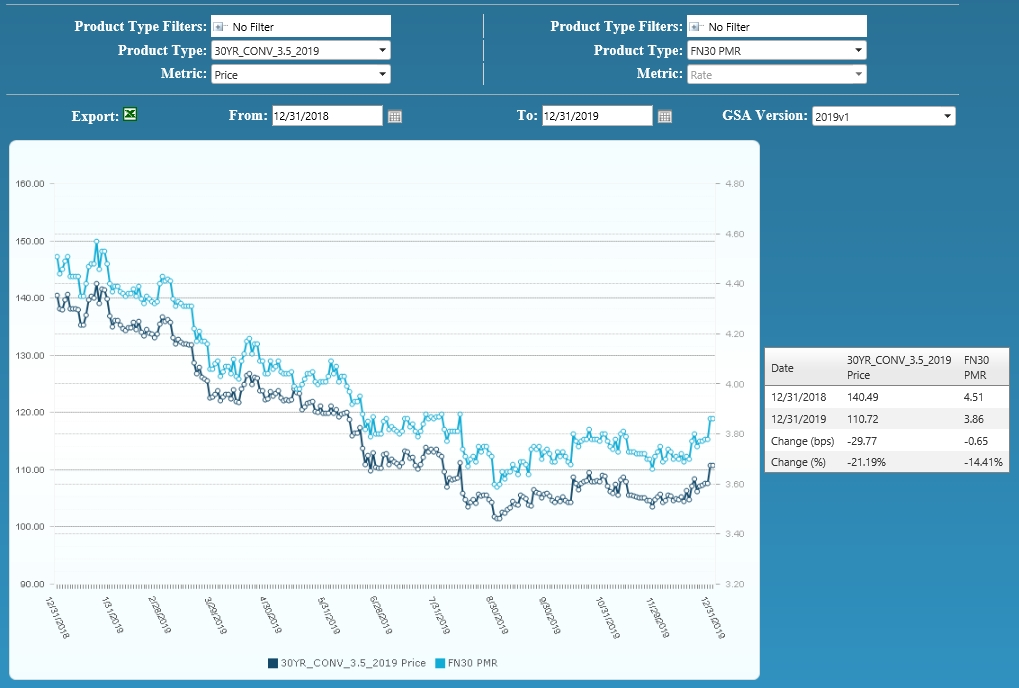