From 1/31/2018 to 2/28/2018, the MIAC GSAs™ Conv_30 Index increased by 2.90% and the GNII_FHA_30 index increased by 4.44%. In larger GSA cohorts, which are actively traded in the MSR market, the Conv30_3.5_2016 cohort increased by 3.16% and GNII_FHA30_3.5_2016 cohort increased by 3.59%. Increasingly, we are seeing CPR’s on Conv30 3.0% coupons leveling off and with certain coupons now hitting their CPR floor. And, as expectations for rising rates are solidifying, we’re seeing a considerable increase in buyer interest in the negatively durated MSRs. Consistent with our last monthly update, the ongoing price appreciation was attributable to more favorable economic conditions as well as tightening OAS spreads reflecting more aggressive investor appetite for MSRs. The Conv_30 Index OAS’s tightened 49 bps to 684 bps and GNII_FHA_30 Index OAS’s tightened 40 bps to 802 bps. The significant OAS tightening reflects a continued awakening of MSR bidders who continue to bid at very attractive levels.

As measured by Bankrate®, month-over-month primary market 30-Yr conventional mortgage rates increased by an impressive sixteen (16) basis points to end the month of February at 4.34%. Year-to-date, 30-Yr conventional rates experienced an even more impressive forty-nine (49) basis point increase. With lower coupons at or near the proverbial CPR floor, and with refinancing activity fading, subsequent increases in primary mortgage rates begin to have a de minimus impact on MSR values. When this occurs, Servicers increasingly rely on earnings rates as a source for future upside in MSR values. From end-of-month January to end-of-month February, the 5-Yr swap rate, which is a common MSR market benchmark for earnings rates, increased in virtual lockstep with primary mortgage rates to end the month at 2.76% which is an increase of sixteen (16) basis points. Also in parallel fashion with primary mortgage rates, quarter-over-quarter the 5-Yr swap rate ended the 3-month period a full fifty-six (56) basis points higher.

As evidenced by the higher values on MIAC’s GSAs™ (Generic Servicing Assets), the perception that primary mortgage rates will continue to rise throughout the year seems well founded. After years of anemic economic growth and its resulting impact on MSR values, the U.S. central bank’s latest report found wages increasing in many areas, strengthening the argument for further interest rate hikes throughout 2018. At present, the central bank is projecting as many as three rate hikes this year, and two more in 2019. The MBA further reinforced their economic sentiment when they recently increased their end-of-year 30-Year Fixed Mortgage Rate projection from 4.80% to 4.90%. While this comes as unwelcome news to mortgage originators, the impact on MSR values and the resulting natural hedge has been nothing but positive and unlike previous starts and stops, appears to have some staying power.

February was another big month for MSR transaction activity with numerous large and small public auctions taking place including multiple packages brokered by MIAC. In consideration of recent transactions only, we’ll define large offerings as deals containing $2 billion or more in unpaid principal balance. Out of the numerous “large” agency trades observed, execution levels generally ranged from a low of 3.7x to a high of 4.6x. As important, with numerous deals executing at levels of north of 4.5x, those levels are no longer the outliers but instead the new norm for mostly larger agency deals that by February observation, contained a blend of agency product emanating from well-capitalized sellers many of whom had national footprints and MSR’s that contained weighted average note rates that were 25 basis points or lower than prevailing primary mortgage market rates.

Smaller conventional packages categorized as $500 million or less experienced an uptick in trading volume as well but at prices that “on average” ranged anywhere from 5 to 15 basis points lower than the bid prices obtained on larger offerings. 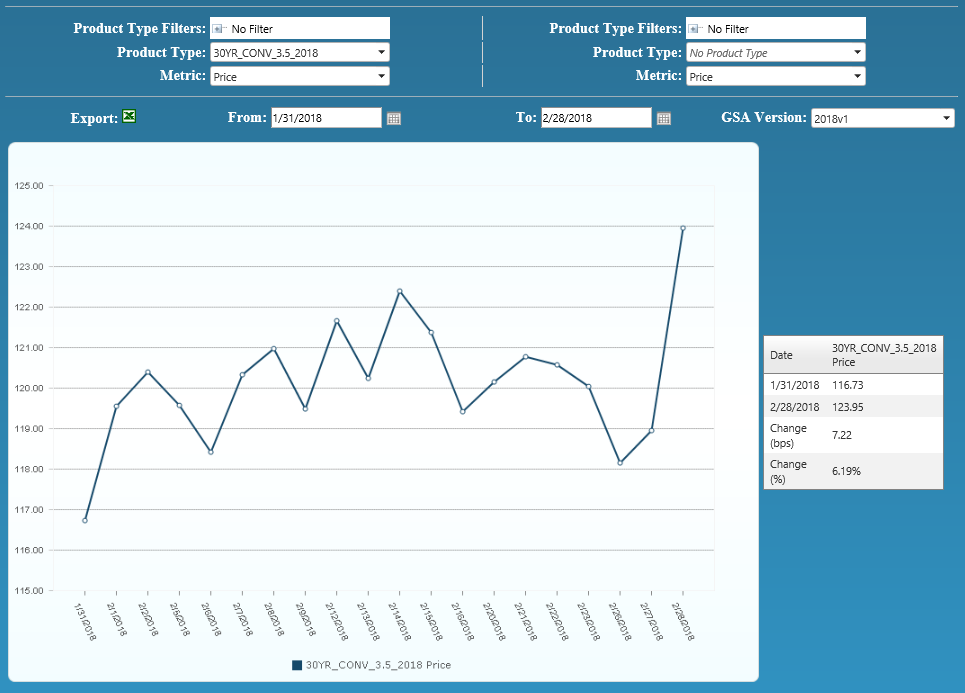 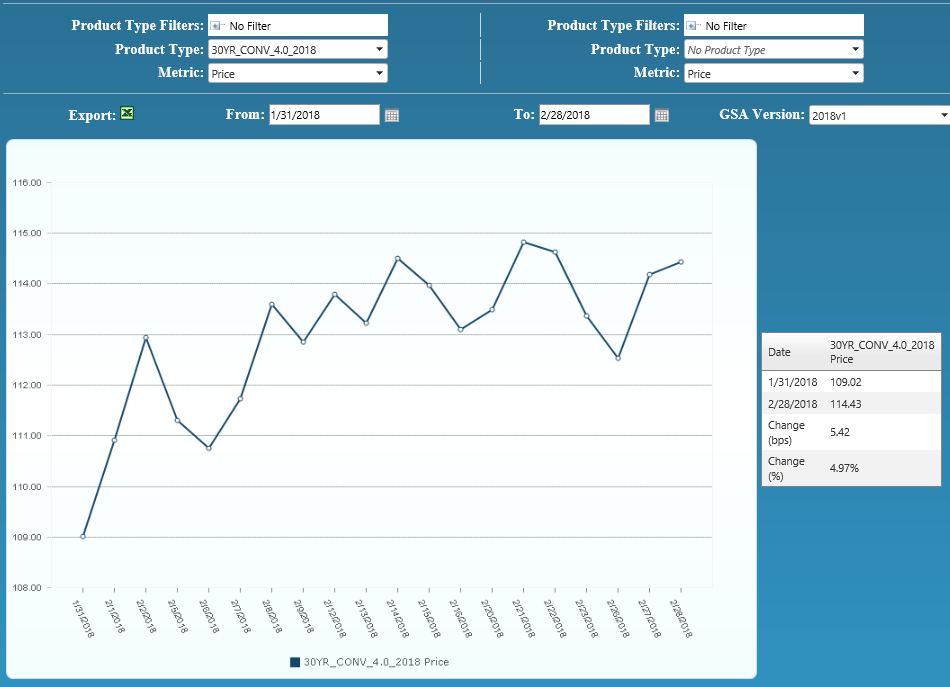