In an effort to reduce the compliance burden imposed by Basel III, this month the FDIC voted to release a proposal that would simplify the capital treatment for an estimated 80% of community banks. Under the new FDIC proposal, institutions with less than $10 billion of assets and a more simplified tangible equity to total assets ratio of at least 9% may already be in compliance with Basel III capital requirements and therefore exempt from the more onerous Basel calculations. Banks with less than $10 billion in assets would be able to elect the community bank leverage ratio framework if they meet the 9% ratio and if they hold 25% or less of assets in off-balance sheet exposure, 5% or less in trading assets and liabilities, 25% or less in “mortgage servicing assets” and 25% or less in temporary deferred tax assets. The proposal makes available specifics about the computation of the community bank leverage ratio, the election process, and how the agencies intend on handling situations when banks’ leverage ratios worsen. The OCC and the Federal Reserve are expected to issue the proposal formally and comments will be due within 60 days of being published in the Federal Register.

In our June ’18 addition, we discussed the role of non-banks and their continued ability to make advances during times of worsening economic strain. In late October, in an attempt to strengthen and safeguard the mortgage-backed securities market, Ginnie Mae issued their own concerns in a letter to some of the largest non-bank holders of Ginnie Mae servicing. While still loosely defined, Ginnie’s long term goal is clear — to lay the groundwork for mandatory stress testing that all Issuers/Servicers will eventually be obligated to adhere to. For those firms initially contacted, and all thanks to higher interest rates and rising borrower costs, the goal will be to develop a liquidity plan for right-sizing their operation in an environment where profits fall due to a combination of lower refinance volume and diminishing margins. Based on the non-bank presumption that they would not be subjected to CECL/CCAR-like stress testing, that will become mandatory for particularly larger banks, to some the letter came as somewhat of a surprise. While there will be more to follow on the matter, for those initially contacted, results will be due in 1Q’19.

In an effort to meet profitability targets, issuers are increasingly targeting borrowers for their potential interest in pulling equity out of their homes. In the last 9 years, home values have risen sharply but worker pay has been expanding at a much slower pace causing homeowners to once again use their properties as ATM’s. Although the rate of cash-out refinancing is well below pre-crisis levels, according to Freddie Mac more than 80% of borrowers who refinanced their home in the third quarter chose the “cash out” option. This resulted in $14.6 billion in equity being extracted out of their homes which is the highest share of cash-out refinancing since 2007. For comparison purposes, in 2006 there were three continuous quarters where borrowers withdrew more than $80 billion.

The smallest packages categorized as $300 million or less in unpaid principal balance are trading at a robust pace too but at prices that “on average” range anywhere from 10 to 20 basis points lower than the bid prices obtained on larger offerings. In addition to the reduced economies of scale afforded by larger MSR trades, acquisition costs is one of the reasons that smaller deals can trade at a discount to larger offerings. The legal and due diligence costs that a buyer may incur to acquire a portfolio can influence how a firm might bid on a smaller trade. Even so, it is the smaller trades that can often create the largest margins and in a quest for margin, increasingly we see larger buyers bidding on smaller offerings but sometimes with a more rigid approach to price and term negotiations. 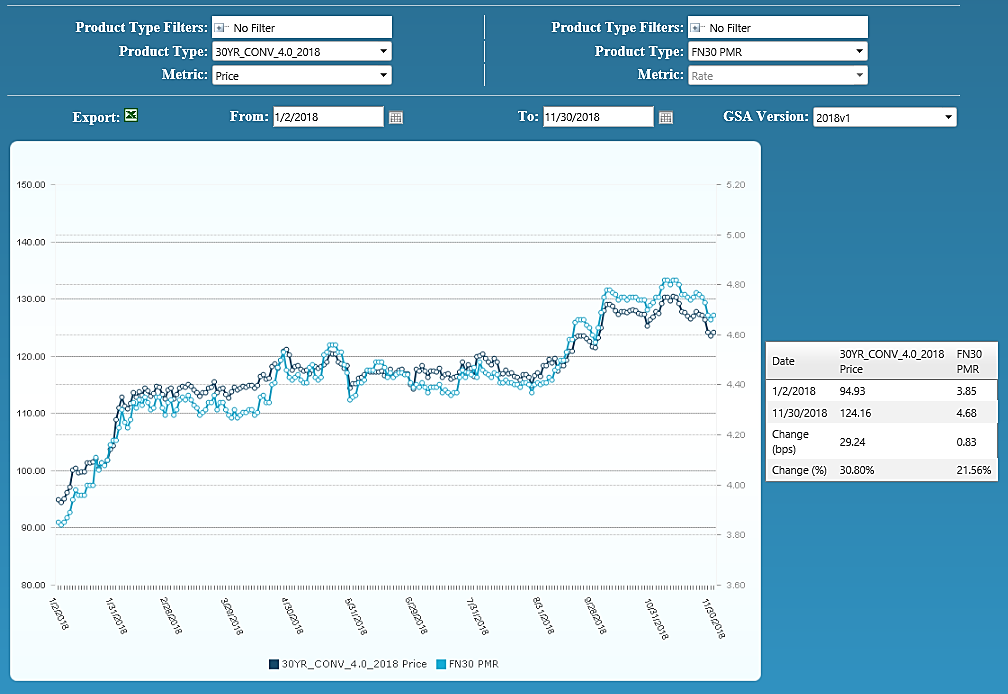