Home mortgage rates tend to move in the same direction as U.S. Treasuries but as-is traditionally the case, seldom is there a one-for-one relationship. Such was the case on Friday, June 24, 2016, when the U.S. Market awakened to the knowledge that the British electorate voted to leave the European Union which meant the beginning of a two-year negotiation over the terms of departure from the E.U. 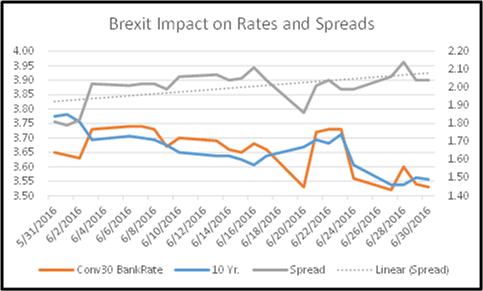 In addition to using spreads as an offset to rising cost to service, historically spreads are an often used mechanism for controlling volume and the onslaught of refinance applications that can follow a significant rate decline over a very short period of time.

While the impact of lower rates, certainly benefits homeowners and thus application volume, the impact on MSR’s can be quite severe. In just one day, MSR values declined by 5 basis points primarily due to the increase in modeled prepay speeds but also due to lower earnings rates which utilizing the 5 Year Swap Rate as an example, declined a full 24 basis points from 1.20% on June 23rd to 0.96% on June 27th.

Buyers and Sellers of MSR Bulk packages immediately felt the impact with most if not all feeling the need to reprice and/or walk away from the deals all together.

As depicted by MIAC’s GSA values, month over month, and for the 30 Year Conventional sample analyzed, values were down by slightly less than 8 basis points with most of the decline a direct result of Brexit. Graph two illustrates the correlation between the Conventional cohort and the primary mortgage rate. 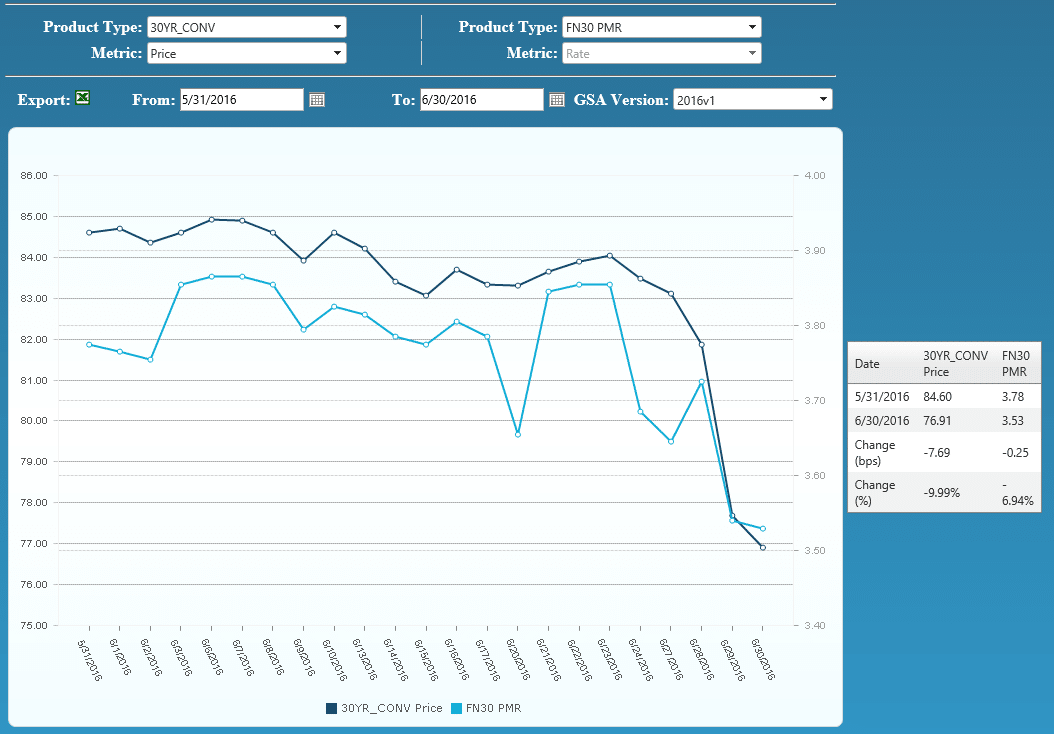